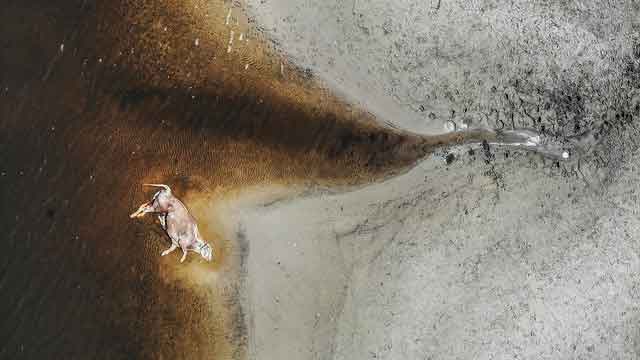 I have spent many weekends hiking and filming along the remote areas of the St Johns River which runs through Central Florida. Quite often, I find nothing unusual while I’m out but I do see a lot of alligators, roaming cattle and air boats. 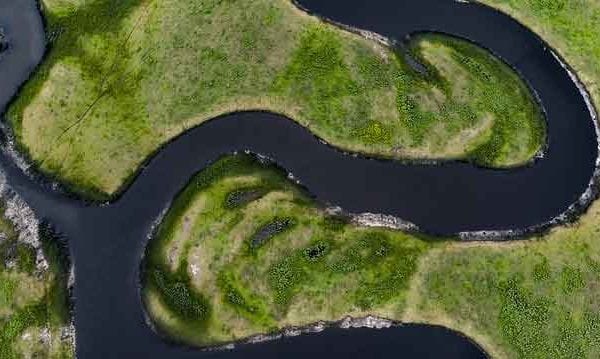 An aerial view of the St Johns River running through Central Florida.

Roaming Cattle Along The River

I’ve written an article before that went over the roaming cattle you’ll find while hiking along the river. You’ll see them almost everywhere along the river whether you’re hiking, in an airboat or flying your drone as you see in my aerial shot below. 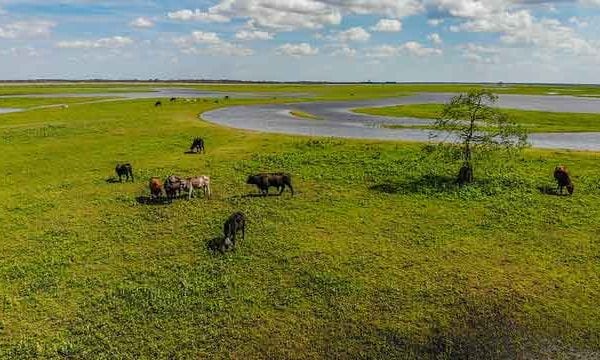 Alligators Along The River

I’ve never put the 2 together when thinking about prey vs predator until my latest hike this past weekend where I found a cow had been killed by an alligator. 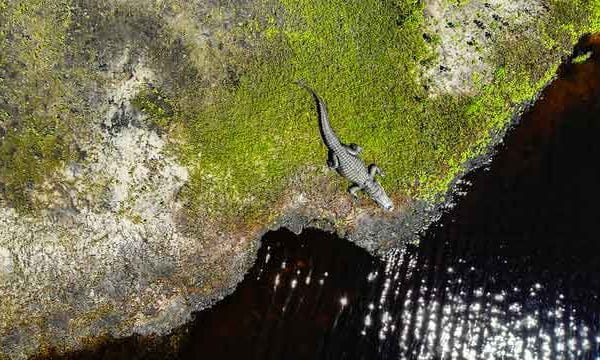 The alligator I filmed that took down the cow in the river.

So, as I was hiking along the banks of the St Johns River, I saw something in the distance that caught my attention. I hiked down to find the dead cow with the alligator on a close by island watching it’s prey. As I neared, I knew I wanted and aerial drone shot as you see below. 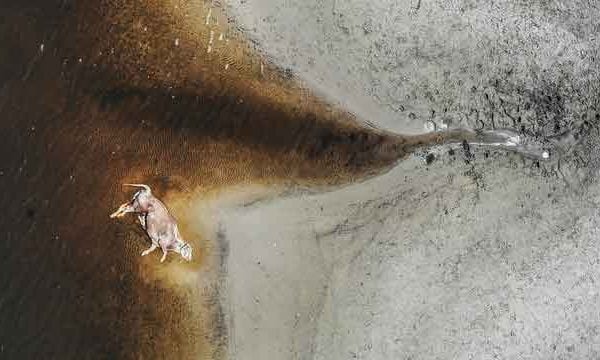 The cow I found that was taken down by an alligator.

I asked some locals after this find and found out that cattle ranchers lose up to 3 per year to rattlesnakes and alligators. I never thought a cow would be taken down by one but I learned something today.

Chris spends his time photographing and taking video of wildlife and nature. He spent 2 years in high school studying forestry (Gainesville, FL) and is currently studying to be an Advanced Master Naturalist at the University of Florida. His mission is to inspire others to get outside and learn.
View all posts by Christopher
Wild Monkey Along The Silver River In Florida
Swimming Pigs On Pig Island in The Bahamas