The Florida Scrub Jay has a round blue head, a gray back, gray underparts, a long blue tail, blue wings and black legs. Its bill is strong and black while its forehead is white. They will most often be found standing tall with their long tail hanging down on a perch or hopping along the ground where they like to bury acorns. They are very social birds and the young family members will help their parents to take care of the even smaller ones. 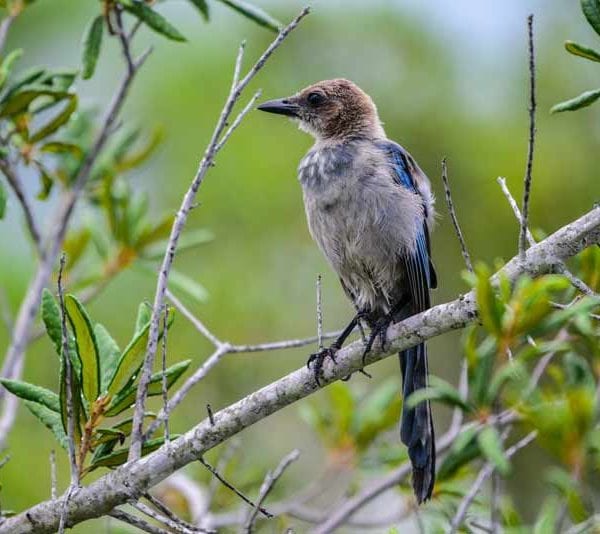 Often found hopping along the ground foraging for acorns, Florida Scrub Jays also like to sit perched in a tree with the long tail hanging straight down. Their flight patterns are generally short and labored in nature and they do not like to fly across non-oak scrub habitats. They are rarely outside the area that they were hatched in.

Florida Scrub Jays also like peanuts and will become comfortable around humans.  They may even take treats out of people’s hands. They show amazing docility towards humans and may sit on a person’s arm, hand and head. They also show supportive interactions with larger mammals like the White-Tailed Deer. In fact, this particular type of deer allows the Florida Scrub Jay to collect and feed off of parasites like ticks that cover their head and body.

Their calls typically vary from a quay, quay, quay to a hoarse creep to a sweet ch-leep. Females usually call using a hiccup sound when interacting with other birds.

Typically Florida Scrub Jays are homebodies and won’t migrate to other areas. They will typically stay in the area that they were hatched in. Continuous destruction of their homelands has led to an increased risk to survival. They have become more isolated. Their habitats are more restricted so they stay close to oak scrub less than 6 feet tall and shrubbery in flatwoods of the state of Florida. They enjoy sandy patches of land within these areas to forage for food. 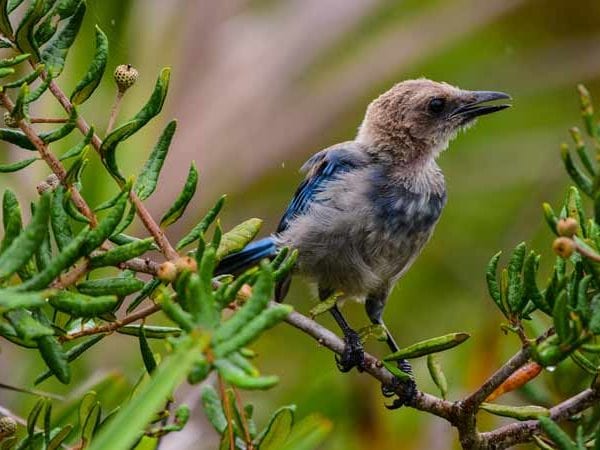 Florida Scrub Jays are omnivores so they will eat acorns, seeds, berries, insects and smaller vertebrates like lizards, mice, tree frogs, turtles and snakes. If their prey is too large to carry, they will pick it apart. They will also eat peanuts offered to them by people.

During the fall, Florida Scrub Jays can be found on the ground foraging for acorns that can be eaten throughout winter and spring. They hold the acorn with their feet and hammer it apart using their chisel-like bill. For storage, they use the sandy soil or an area of moss and layer it with leafs or twigs in order to bury the acorns.  One Florida Scrub Jay may store 6,500 to 8,000 acorns during fall.

Although rare, they may also eat other bird’s eggs or nestlings.

While showing courtship displays, both males and females will fly downward in a steepish nature from a high perch or upward from a low perch while calling out. A male will hop in a circle around a female while fanning his tail toward her and dragging it on the ground. Their feathers are used as a fan to highlight their ears and eyebrows and they will often gently peck ay the lady bird’s feet.

Both males and females form monogamous bonds that are secured by mate feeding, more so during their nesting season.

Florida Scrub Jays build their nests in low shrubbery, in live oak trees or in a clump of leaves about 3 feet from the ground. Both males and females collect twigs from oak trees and fibers of saw palmetto and cabbage palm to create their nest. The twigs make up the exterior while the fibers make up the interior. While both sexes build the nest, the lady bird will shape the cup of the nest.

Typically, one to six eggs are laid per brood. The eggs are between 0.9-1.2 inches long and 0.8 inches wide. They are a greenish hue with soft brown spots. The eggs will be incubated for a period of 16-21 days by both parents.

When nestlings hatch, they are naked and helpless and this period usually last for 12-25 days. Both parents will feed their babies as well as any other older siblings. Taking care of the nestlings is a family effort. The entire family works together to defend the nest and fight off predators year-round. This family group usually consists of a mother and father bird and up to 6 of their offspring. One member of the family acts as a sentinel and watches out for predators, if one is spotted, it is their job to warn the entire family. They do this by using an alarm call which allows the rest of the family to duck and cover. Nestlings stay with their parents until they can obtain their own territory and protect themselves.

Chris spends his time photographing and taking video of wildlife and nature. He spent 2 years in high school studying forestry (Gainesville, FL) and is currently studying to be an Advanced Master Naturalist at the University of Florida. His mission is to inspire others to get outside and learn.
View all posts by Christopher
Roaming Cattle In Our Florida Parks
My Experience Visiting Cuba From The United States 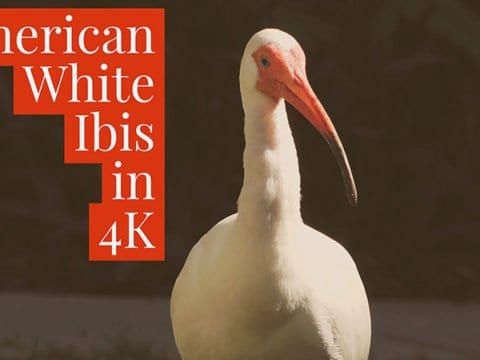 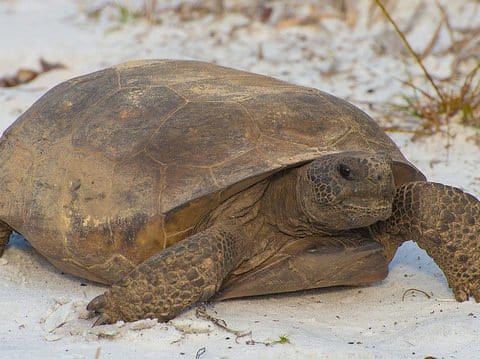 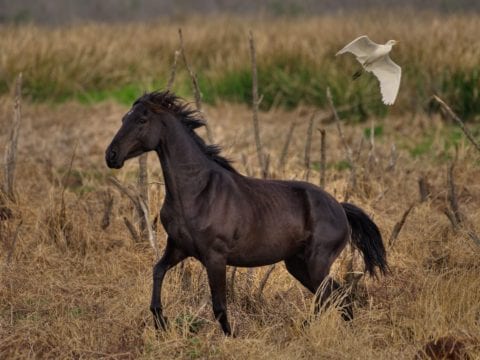 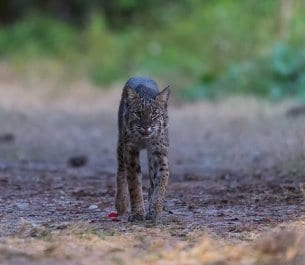 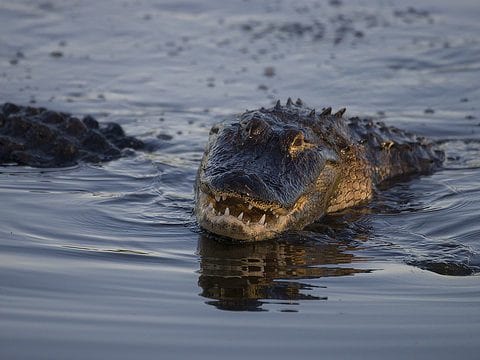 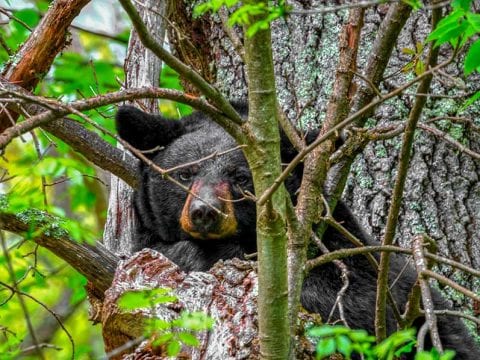 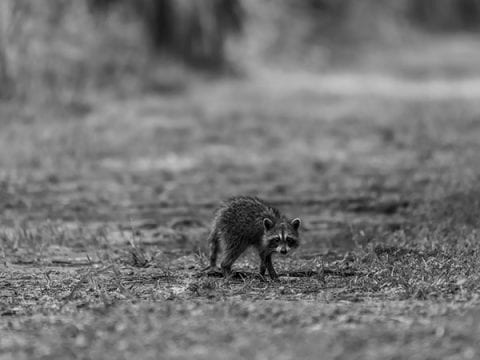