The Stewart Homestead Murders took place In May of 1918. A couple Isham (B. 1860) & Sarah Stewart (B. 1845) were sleeping in their cabin deep in the Central Florida woods. That night, two young men crept up and broke in using axes to murder them both.

Here is the story of the Stewart Homestead Murders. 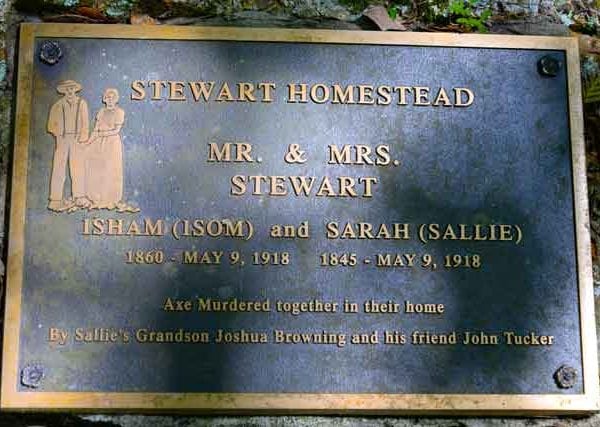 Axe Murdered together in their home

By Sallie’s Grandson Joshua Browning and his friend John Tucker

The Sheriff’s report said the bodies weren’t discovered for about a week and when they were found, the cabin was covered with vultures. The coroner’s report stated they were both killed in their bed by an ax.

The motive was robbery and it turned out to be Sarah’s grandson and his friend. Both Josh Browning (Grandson of Sarah Stewart) & John Tucker (his friend) were caught and both, after a few trials, were sentenced to 20 years in prison for murder, 10 years for each offense.

It started when Isom and Sarah took all of their money out of the bank. They didn’t want to lose their money due to the economy in current times. They kept the cash on hand at the cabin and the family of Sarah heard the rumors that it was being kept in the cabin by the two.

The grandson wanted a new truck and knew that he could pay for it with the cash he would walk away with. He talked a friend into going out with him and that night they achieved their goal of killing both.

At the trial, the father of Joshua Browning showed up to the courthouse in a new truck. The father did not earn enough money to afford a new truck at the time so the rumor was Joshua gave the money to his father after he had become a suspect. 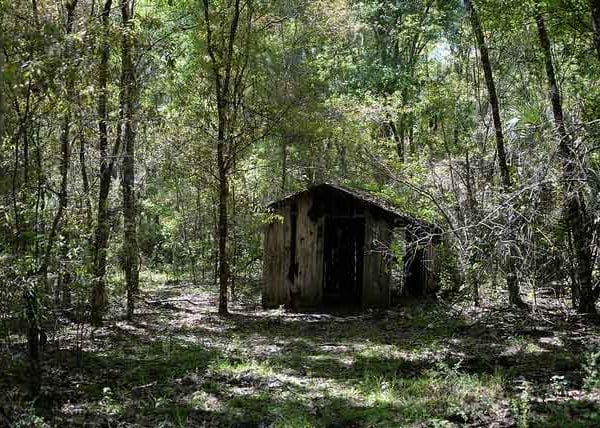 I was aware of the lost cabin and had a good idea where I might find it. I set out on a Saturday morning and hiked out about 10 miles. The cabin wasn’t easy to see but when it came into sight, it gave me chills. 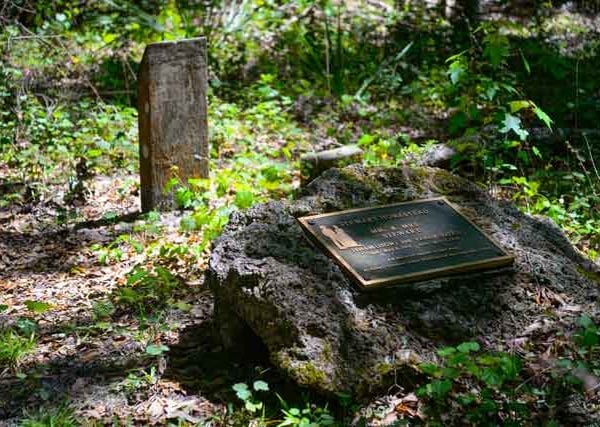 As I walked up, the first thing I saw was the cabin almost fully intact except the missing wall on one side and then to the left was their graves. I learned that when the bodies were found, officials simply removed the side of the cabin to carry the bodies about 20 or so yards to their burial site. 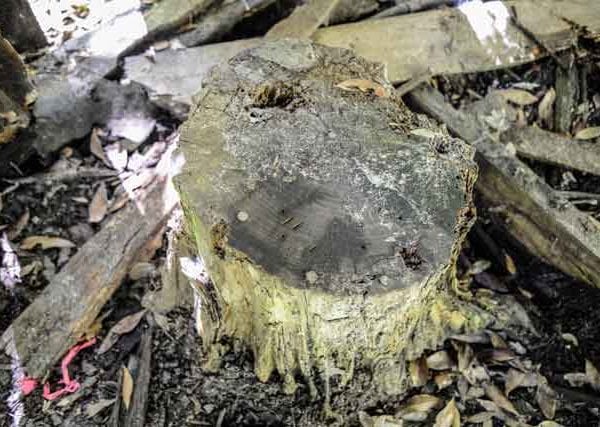 I first walked into the Stewart Homestead murders cabin to see what was left and found a seat made out of a tree stump. I saw nails and tacks on the top showing where they had padding on it for a seat near where an old stove had been. 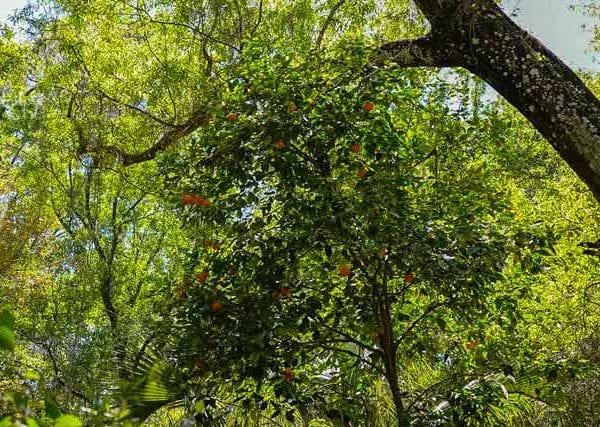 Orange Tree Growing Outside Of The Cabin – The Stewart Homestead Murders

It was an amazing day of adventure learning about the Stewart Homestead Murders and visiting the cabin and burial site.

Chris spends his time photographing and taking video of wildlife and nature. He spent 2 years in high school studying forestry (Gainesville, FL) and is currently studying to be an Advanced Master Naturalist at the University of Florida. His mission is to inspire others to get outside and learn.
View all posts by Christopher
Learn Facts About Stingrays