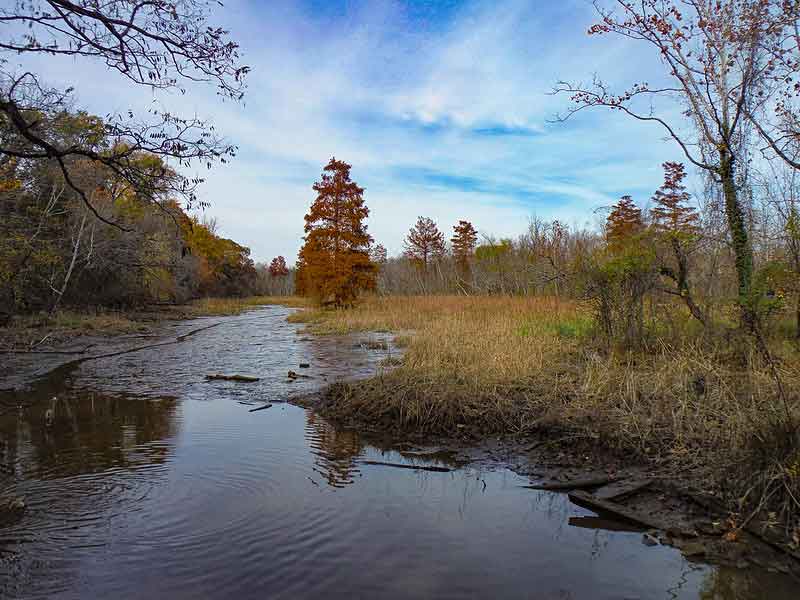 Quick hike on an island with a lot of history including remains left from the George Mason family mansion. I saw a number of deer on my hike and all you'll need to bring are some good shoes and a bottle of water.

Theodore Roosevelt Island is 88.5 acres of forest land and sits in the middle of the Potomac River. You access the island via a footbridge on the Virginia side of the river. The parking lot is located on the Northbound lanes of the George Washington Parkway in Arlington, VA. There is no entrance fee and the park is managed by the National Park Service.

In 1668, the Nacotchtank Indians inhabited the island for a short period. In 1724, the George Mason family owned it and they had a mansion that rested on the island. It was destroyed by a fire in 1869. Remnants of the foundation still sits today. I was able to find an old stone from the home on my hike. I had to hike off-trail though to make this find.

The island has had a number of different names in the past and they include:

There are 2.5 miles of hiking trails on the island. The island is made up of 88.5 acres and includes a few different habitats. The environment looks real but the Olmstead Brothers Firm and workers from Civilian Conservation Corps worked together to grade the entire island and build it the different habitats. I think they did a great job after hiking the area as everything looks real. I found the trails to be in good condition, clear of obstructions and easily marked. The island is small enough where you wouldn’t ever have an issue with getting lost. There is a lot of foot traffic on the trails as well so be prepared to wave and say hi to other hikers.

I was surprised when researching the wildlife that lives on the island as there are so many animals for such a small area. The amount of deer caught me off guard. After hiking the island, I did find it to be bigger than originally thought. I saw egret and heron along the swamp trail and found deer and raccoon tracks along the water when I was hiking this area. Here is a list of wildlife you may see while hiking the trails:

I found the island to be flat and there were some great views, not only of nature, but of civilization as well. The trail goes under a couple bridges carrying cars in and out of Washington, DC. As I rounded the island, there was a great view of the Potomac River, Key Bridge, and Georgetown University. I found the trails to be clean and wide and they were easy to navigate. I did this hike in 2 hours but spent a bit of time off trail checking out the old mansion remains. This is a great family hike. You can bring dogs (leashed) and I saw a number of people walking with young kids too. It was a very safe hike. A great all-around afternoon.

Chris spends his time photographing and taking video of wildlife and nature. He spent 2 years in high school studying forestry (Gainesville, FL) and is currently studying to be an Advanced Master Naturalist at the University of Florida. His mission is to inspire others to get outside and learn.
View all posts by Christopher
Pond Hawk Natural Area Hiking Review
Rocky Islands Hiking Review