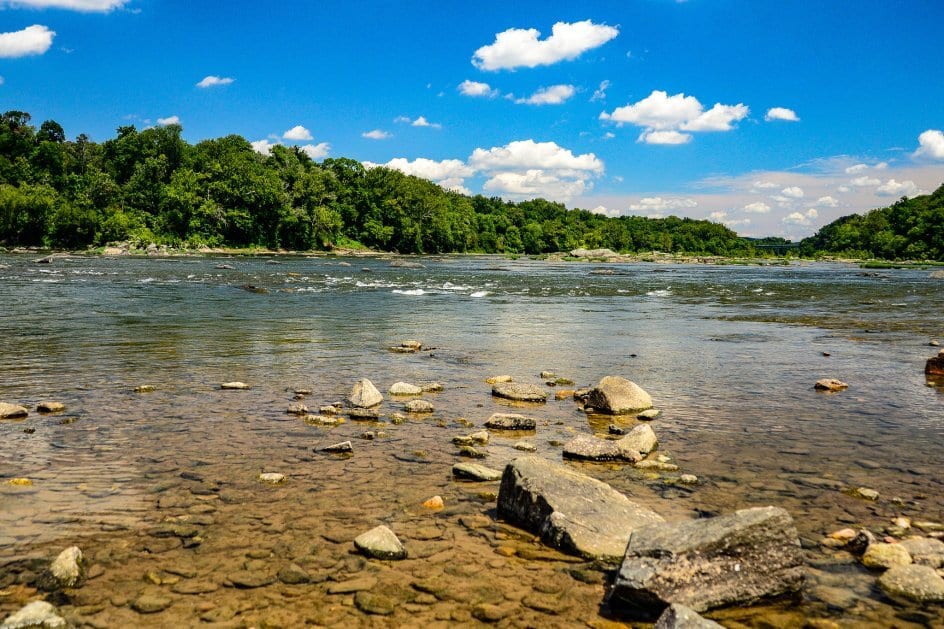 Scott's Run Nature Preserve offers the best Washington, DC area hike to a waterfall. There are steep ups and downs along the trail that help you with a good workout and the scenery can't be beat as you are along the Potomac River. Make sure to bring good hiking or walking shoes and plenty of water depending on what season you choose to go in.

Scott’s Run Nature Preserve is located at 7400 Georgetown Pike, Mclean, VA 22102 and is comprised of 300+ acres. There is no entrace fee for the park and there are two parking lots to access the area. There is one small parking lot at the top of the hill on Georgetown Pike but the main access is located at the bottom of the hill. The parking lots fill up quickly on weekends so you might have to wait for a space to open.

Scott’s Run Nature Preserve was once owned by a lawyer named Edward Burling Sr. back in the 1960’s and the area was named the Burling Tract. Edward lived on a cabin deep in the woods until his death in 1967. The family tried to sell the land for park use. They weren’t able to find a buyer though. A developer bought the land and wanted to build a number of homes (300+) that would overlook the Potomac River. Homeowners in the area were against this as they liked the seclusion feeling of living in the area. On July 16, 1970, county residents voted to raise their own taxes so the land could be taken over and run as a park. Two days after raising their own taxes, bulldozers showed up and began clearing trees.

This caused an uproar by local residents and the Burling Defenders were formed. The local residents protested, physically blocked the bulldozers and were finally able to prevent the developer from destroying the land any further. After 16 months of protesting, the Burling Defenders were able to take the land over and turn it into Scott’s Run Nature Preserve.

The trails were very clean and easy to navigate up until you hit the Potomac Heritage Trail. This is where you start to hiking along narrow paths with drop offs 40+ feed down. I didn’t see many people in this area and in fact, once I started hiking to these areas, I was outside of the park boundary.

I didn’t see any animals the times that I’ve been out to the park. I have researched what other hikers have run into while hiking and here is a short list. I’ll add more as I research and see for myself. I spoke to a park ranger when I visited the park this past weekend and he warned me about a badger that had rabies and was running loose in the park. They were attempting to capture it. I was told to be careful on the trail.

I was impressed with the workout I got hiking through the park as well as hiking along the Potomac Heritage Trail (PHT). I found very steep ups and downs, hiking along cliffs that included narrow paths and rock scrambles. Most of the foot traffic is found along the trail that leads from the parking lot to the waterfall and river area. There are a number of trails that you can take off of this trail that lead into the center of the park that allow access to the PHT.

I found the hiking to be very scenic with great views of the Potomac River and the waterfall area. Most of the people that were out the days I was there were more interested in the river and waterfall. After researching the water quality, I would suggest not getting in the water as this is run-off from a nearby town called Tysons Corner.

Chris spends his time photographing and taking video of wildlife and nature. He spent 2 years in high school studying forestry (Gainesville, FL) and is currently studying to be an Advanced Master Naturalist at the University of Florida. His mission is to inspire others to get outside and learn.
View all posts by Christopher
Florida National Scenic Trail Hiking Review
Maryland Mine Ruins – Gold Mine Loop Hiking Review